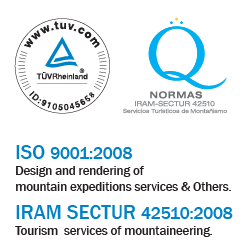 On the day of our ascent to the summit of Mount Aconcagua, Inka Expeditions recommends carrying an ice axe or pickaxe cruise (not technical). Their use depends on the conditions and the amount of snow on the mountains.

The axe is not only used as an aid for climbing, but also as a tool for self-arrest in stopping an uncontrolled slide or securing a partner in a rope.

This is a classic mountaineering tool, originally called Alpenstock, which looked like a long iron rod with a wooden handle, used to strengthen holds and maintain balance in steep and irregular terrain. Not long after, it was replaced by another wooden shaped tool called a pioletta, which allowed cutting steps in the hardened snow or ice. The pioletta was improved over time to lead to the modern ice axes, using increasing more resistant materials and lighter in weight. The axe is tied to the wrist by a mountaineer leash. The length of the handle depends on the climber’s height, length of the arm and climbing style. 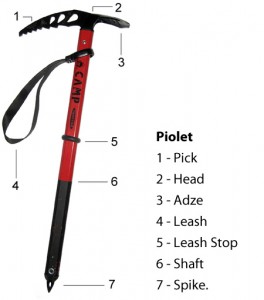 An ice axe or mattock is a versatile mountaineering tool used by mountaineers in snowy terrain. An ice axe has seven components:

Pick (1) hook-shaped part or curved teeth at the end of the head. The hook shape allows the ice axe to be quickly nailed in, in case of fall.

Head (2) – usually made of metal, includes a pick and shovel. Its used to self-arrest. There is a carabiner hole in the centre of the head used to affix an ice axe leash.

Adze (3) – the flat area, the widest section of the head, used to cut hard snow and ice. The technical axes also have a hammer.

Leash (4) – with an adjustable loop strap to secure the ice axe to the hand. The leash is usually secured to the handle by a ring (5) limiting the sliding distance to the cross. Some modern ice climbing tools have no leash and use forms with sharp curves and ergonomic grips.

Shaft (6) – normally made ​​of metal (aluminium or titanium) or materials such as fibreglass, Kevlar or carbon filaments. Originally, the axes had wooden handles, typically hickory, but the lightness and durability of today’s axes, have forced these old axes to be relegated to museums.

Spike (7) – the sharp tip at the bottom, used to penetrate the axe into the snow for stability, balance and safety. Sometimes also used on rocky areas for balance. But be careful not to abrade the tip.

The measure of the length we need is simple, stand in your mountaineering boots holding the ice axe by the head with a straight arm, the end (spike) should be to the ankle. 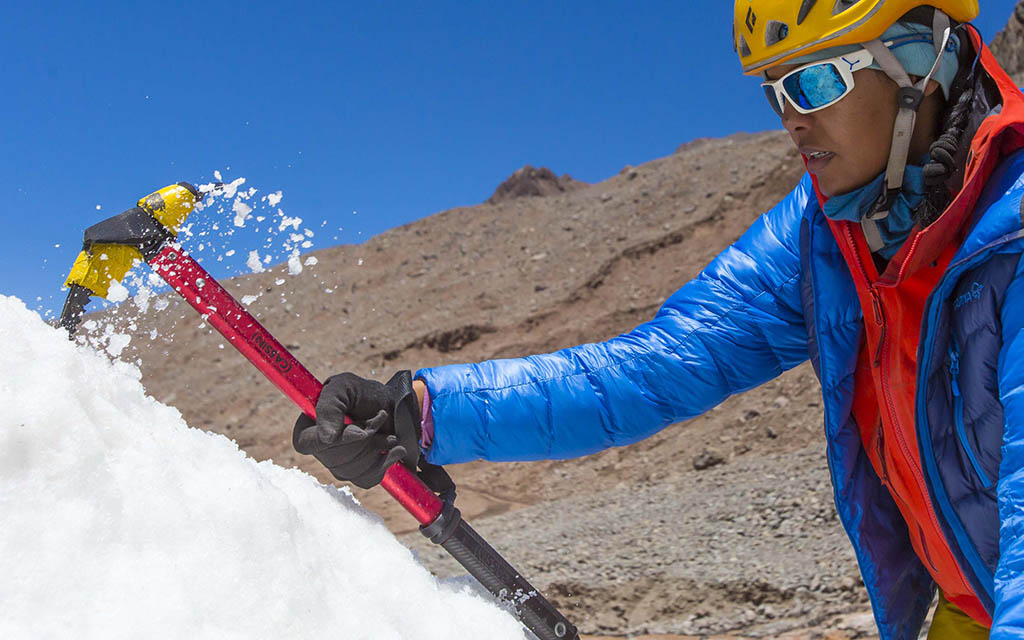 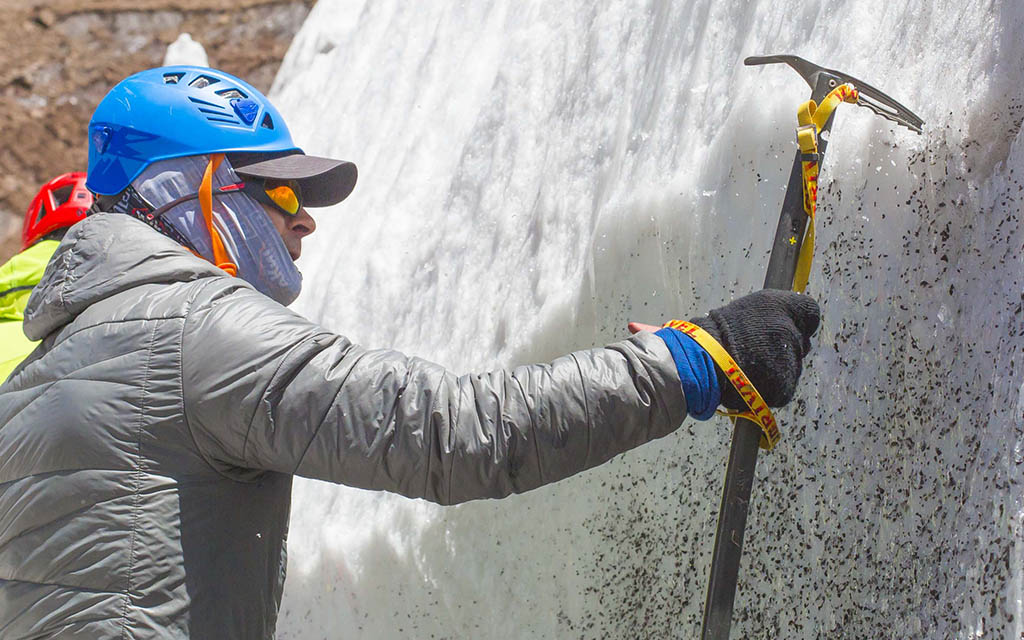